Your Guide To Interest Rates In 2022 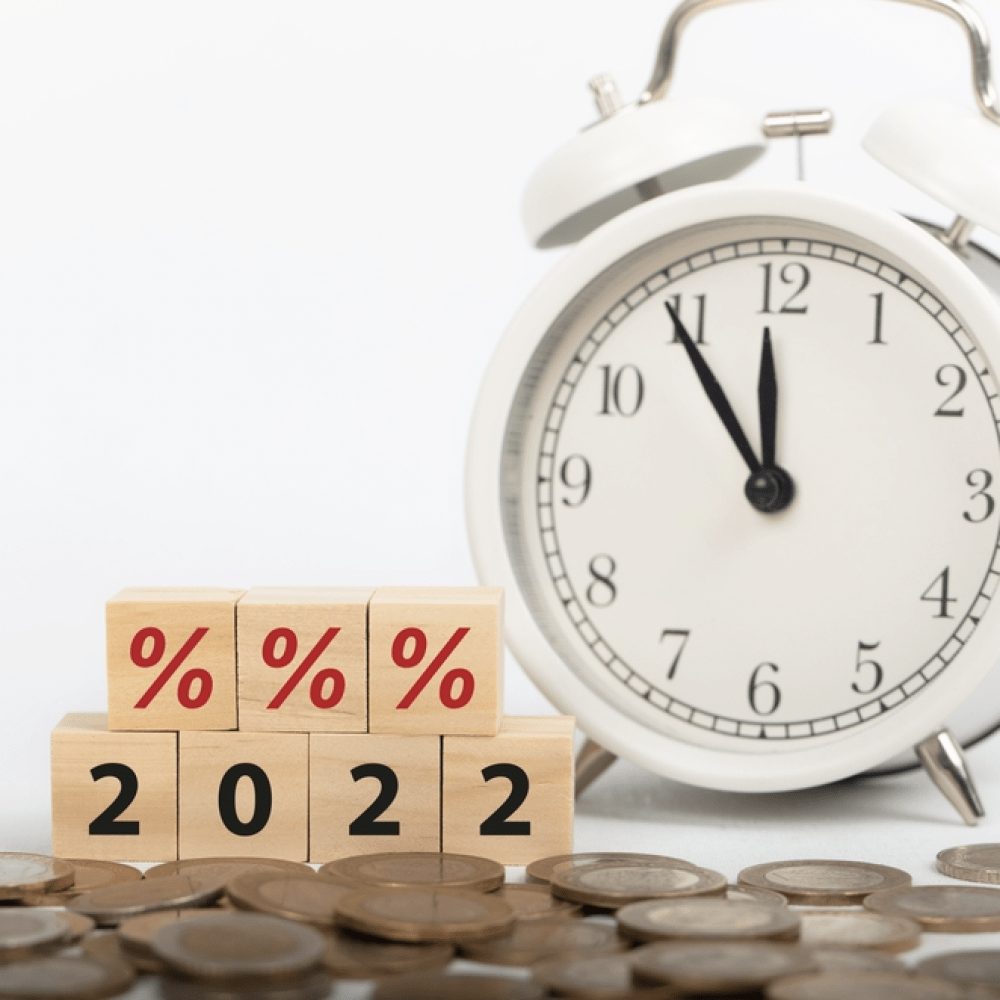 Back to All News
2022 Interest Rates: What to Know

Last week the Federal Reserve announced that, in an effort to curb mounting inflation, it would be raising interest rates in 2022. (FYI: That makes now a great time to refinance your car.)

But what does that mean for you and your financial wellbeing? In this article, we will look at what the rise of interest rates could mean for the rest of the year and how you can prepare for it.

Everything you need to know about 2022 interest rates

Why are interest rates going to increase?

When COVID first touched down in the United States in March of 2020, nobody could predict what it would mean for the future, especially for the economy. Anticipating a shutdown of historic proportions, the Federal Reserve did what it could to curb economic collapse. And part of that plan included slashing interest rates so that people would not stop spending money.

So what exactly did the Federal Reserve do? The fed funds rate, which is used as a benchmark for short term lending as well as other consumer rates, was lowered from a range of 1% to 1.25% to a range of 0% to 0.25%. The goal was to reduce the cost of borrowing to encourage spending in all areas of the economy.

This helped a lot of people who found themselves strapped for cash. It also motivated people to not sit on the money they did have. Instead, they were encouraged to spend that money and help the economy at large.

But playing out on the other side of this was a labor shortage. COVID restrictions kept many businesses closed, while illness and quarantine time kept businesses that were open consistently short-staffed.

So we had a consumer base that had an increased demand for items due to low interest rates, and a supply chain that was limited due to staffing. So all of this helped contribute to a perfect storm of high inflation.

For the past ten months, inflation has been well above the 2% target, reaching an annual pace of 7% in December 2021.

There was a strong hope that the inflation would naturally level off as the economy reopened. As businesses reopened, economists anticipated there would be an increase in labor to balance out the supply and demand. But in January it became clear that more intervention was needed. And that’s why the Federal Reserve decided to increase interest rates.

Interest rates are expected to rise initially in March, and then rise two more times before the year is over.

How will increased interest rates affect me?

So what does this mean for you personally? Increased interest rates will affect you in a few ways. Let’s take a closer look.

Your Credit Card Rates Will Rise

Credit card rates are based off of the prime rate. Rates have been around 16% but are expected to rise to 17% by the end of the year. Additionally, those applying for new credit may be more extensively risk-profiled.

Getting a New Loan Will Be More Expensive

Your Savings Accounts Will Earn More

On the flip side of it costing more to borrow, the increase in rates will help your savings accounts. In 2021, Certificates of Deposit (CDs) earned just .13% interest annually. Experts hope that this will increase closer to the 1% mark. A $10,000 CD would thus earn you $100 in interest as opposed to $13 in interest. While that might not be a financial windfall, it will be significantly more than you were earning before.

What should I do to prepare for increased interest rates?

Pay Down Your Credit Card Debt

While an increase of 1% to your credit card bill might not be a huge deal in the long run, it can become a burden if money is tight. And if you are only making minimum payments, the amount you owe can really snowball – and fast. This is why you should prioritize getting out of as much debt as you can. If you have some extra money from the student loan deferment, consider using that cash to pay off lingering credit card debt. It may also be a good idea to look into debt consolidation services to make these payments more manageable so that it will not take too much of a toll on your monthly budget and credit score.

If you did not refinance your mortgage in 2020 or 2021 when the rates were historically low, consider doing so now. Rates are still relatively low, but will likely increase to 4% by the end of the year. If you have a variable rate, you should prioritize refinancing to a fixed rate so that you will have a predictable payment as we go through this economic shift.

The good news is that the fed funds increase shouldn’t affect auto loans drastically. The competitive nature of the auto loan industry makes it less sensitive to drastic increases as a result of increased fed rates.

But all of this is still a bit uncertain. That is why experts still suggest refinancing your car loan so that you are not caught off guard if or when the auto loan rates do increase.

A higher credit score will always secure you a lower interest rate, regardless of other factors. This is why it is so important to work towards a good or excellent credit score. Paying down your credit cards and other debts and staying on top of monthly payments are the most important things you can do during this time. Read more here about how you can improve your credit score.

That’s how 2022 interest rates will affect you.

There is still a lot of economic uncertainty right now, and the announcement of increased interest rates is adding to that uncertainty. But experts agree that now is a perfect time to refinance: car loans, mortgages, and student loans alike. It’s all about securing a low fixed rate for yourself before interest rates increase.

And that’s where Auto Approve comes in. We know how overwhelming refinance can seem, so we make it easy for you. Just fill out some basic information and we can get you a quote in minutes. It’s that easy! We handle the paperwork (including the DMV) so you can sit back and save.

Resources
Education
How Can I Get Out of a High Car Payment?

Education
Freeing Up Money for Your Summer Vacation