How to Manage the End of Unemployment Benefits 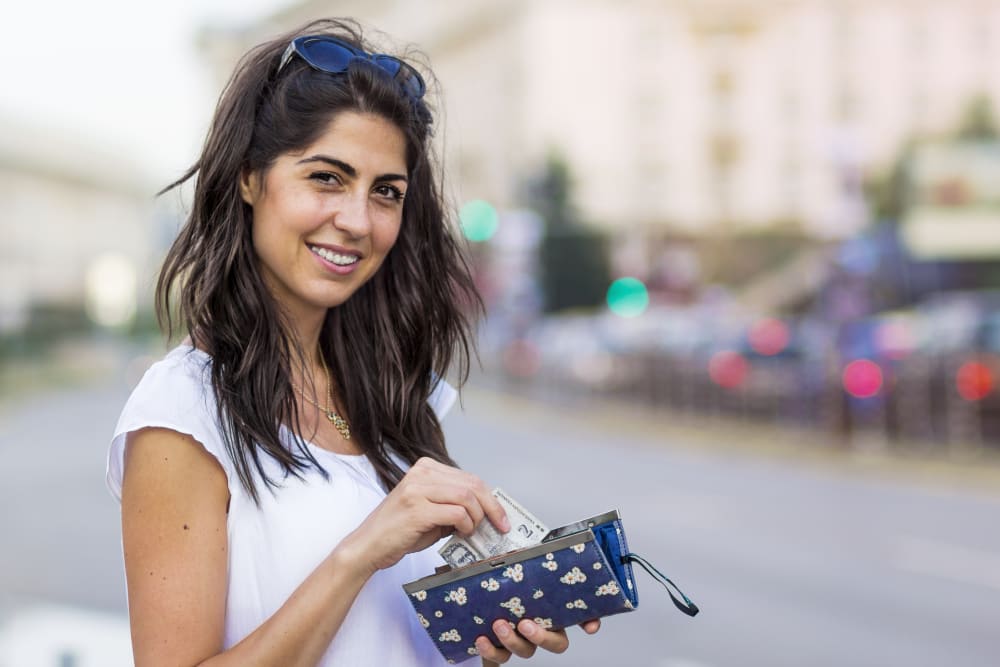 Federal unemployment benefits ended for many states in the first week of September. This comes as a result of increased vaccinations, the reopening of most businesses, and an improving job market. While this may be good news for some, for others it means that the extra $300 a week that they were relying on to make ends meet is now gone. In this article we look at the unique economic position COVID put us in and give you some tips on how to manage the end of unemployment benefits.

Here are some tips and tools to handle the end of unemployment benefits and help you balance your budget.

How Spending Changed During the Pandemic

According to an Experian survey, 66% of consumers reported spending the same or less than they did in pre-pandemic 2019. The biggest reductions were reported in the following areas:

Yet despite this, a deeper look at these categories reveals that the reduction in savings wasn’t as drastic as some may think. The sharp uptick in online shopping replaced runs to the store, ordering on GrubHub or DoorDash replaced eating out, and increased entertainment subscriptions like Netflix and Hulu replaced entertainment purchases.

A CNBC survey found, notably, that there was an increase in pet ownership and spending. There was a 23% increase in spending on pets during the pandemic, which is not surprising given that so many people were now stuck at home (and hey, what’s better company than a furry friend?)  So while spending may have been reduced slightly, it ultimately shifted to other areas.

The most significant cuts to spending that were not easily replaced with other spending habits were travel and gym memberships. 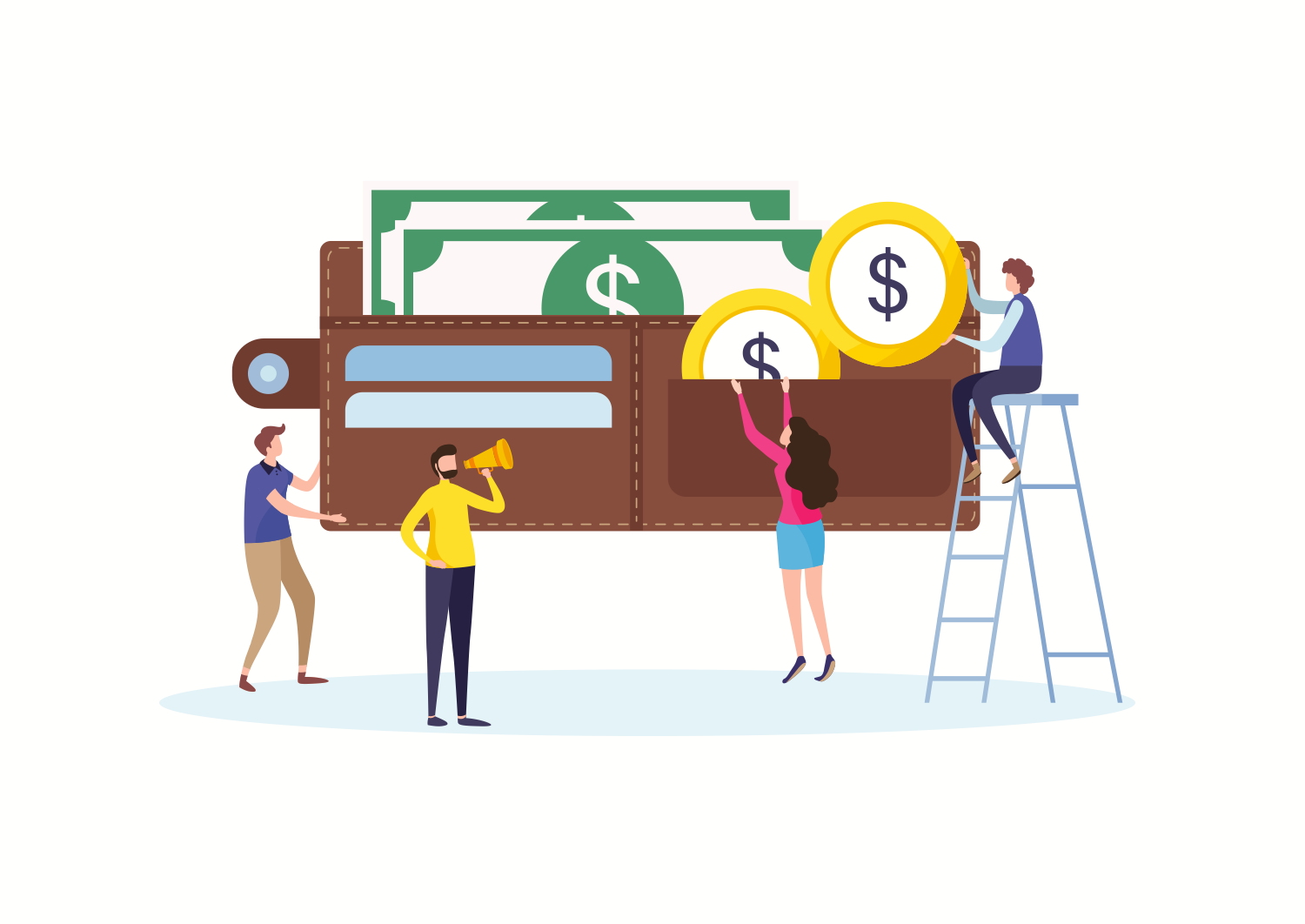 How Saving Changed During the Pandemic

Theoretically speaking, any saved income could be allocated to a savings account. A Credit Karma study revealed that only 28% of those surveyed said they were actually saving during the pandemic. When this was further broken down by employment status, it is unsurprising that those who were able to save were primarily those who maintained steady work throughout the pandemic.

People who were able to transition easily to working from home were able to maintain their normal income while reducing their spending, even if only slightly. Those savings were reported to vary in intention from building an emergency fund, to making an investment such as a mortgage or a down payment, to paying down debts. But ultimately savings have been cut drastically during the pandemic.

Credit Karma surveyed those who reported not saving at all during the pandemic. When asked why, they cited the following:

But why did expenses increase for some, while not for others? Research has shown that middle and lower income families saw increased expenses with the pandemic for the following reasons:

All of this adds up to a situation where people were making less money and in many cases spending more money. That was when the federal unemployment came in to bail out working families. The people who were struggling the most during this time were the service industry professionals, gig workers, and retail employees that were forced out of work. For these people, the Pandemic Emergency Unemployment Compensation (PEUC) was passed at a federal level to provide assistance. This was put in place as an extension of states’ unemployment compensation, which expired 8-10 months after the original unemployment began. This extra $300 a week became a necessary addition to so many people’s budgets.

With the reopening of the economy and increased vaccination rates, many businesses are now hiring and the unemployment benefits are coming to an end. The additional unemployment assistance ended for most people in early September. For many, this will be another difficult transition. Jobs are not filled immediately and there are often gap weeks between unemployment payments and paychecks from their new employer. Let’s look at some tips for preparing for another period of economic uncertainty.

How to Manage Without Further Unemployment Assistance

This seems simple, but it is the most important thing you can do for your finances. Simply start a spreadsheet and start doing the math:

Save If You Can

If your income is higher than your expenses, take the remaining amount of money in your budget and divide it further. Can you afford the fancy coffee two times a week? Great! Give yourself an allocation of “just for me money” where you can buy the non essentials. Try to add a saving item to your budget if you have the extra money. You should aim ultimately for 10-15% of your income to go to savings, whether it is a 401K or an emergency fund (everyone should have an emergency fund for when the unexpected happens). Cut Expenses If You Need To

If your income is lower than your expenses, you have to make some tough choices. What can you trim out that you don’t need? The easiest things to get rid of are subscriptions. Ditch Netflix and Apple TV and save $20 a month (you can beg for a friend’s password, no?). Check your bank accounts for any subscriptions that may be on auto-renew that you may have forgotten about. See if there is a cheaper plan for your cell phone or cable. Try to trim the fat anywhere you can.

If you have a car loan, look at your terms and see if car refinancing is a good move for you. Interest rates are low right now to encourage spending, and if your credit is in good standing you might be able to save a good deal of money each month by refinancing to a lower interest rate.

Look for a Side Hustle

With so many companies transitioning to work from home, there are many part time side gigs that you might be able to get in this economy. There are loads of customer service and data entry positions that are work from home and only require 10-15 hours per week. This extra bit of cash could make all the difference for your budget.

There are several small scale changes you can make that can add up to big changes over time. Budgets can be hard and they can be boring. But budgeting is the best way to keep an eye on your finances and make sure you are not getting in over our head.

The loss of the added unemployment funds will be difficult for many, but we hope that some of the tips outlined here can help you save some money here and there.

If you are looking for some extra money every month, it is worth looking into refinancing your auto loan. With the low interest rates being offered today, there is a good chance you can save a significant amount of money. At Auto Approve, we are passionate about saving people money. Let us save you money today!

Resources
Finance
What Are The Basic Requirements to Qualify To Refinance A Car Loan?

Education
Considering an Auto Refinance? When, Why, and Where to Refinance

Finance
How Much Can You Save Through An Auto Refinance?