How Self-Made Millionaires Choose What Vehicle to Buy 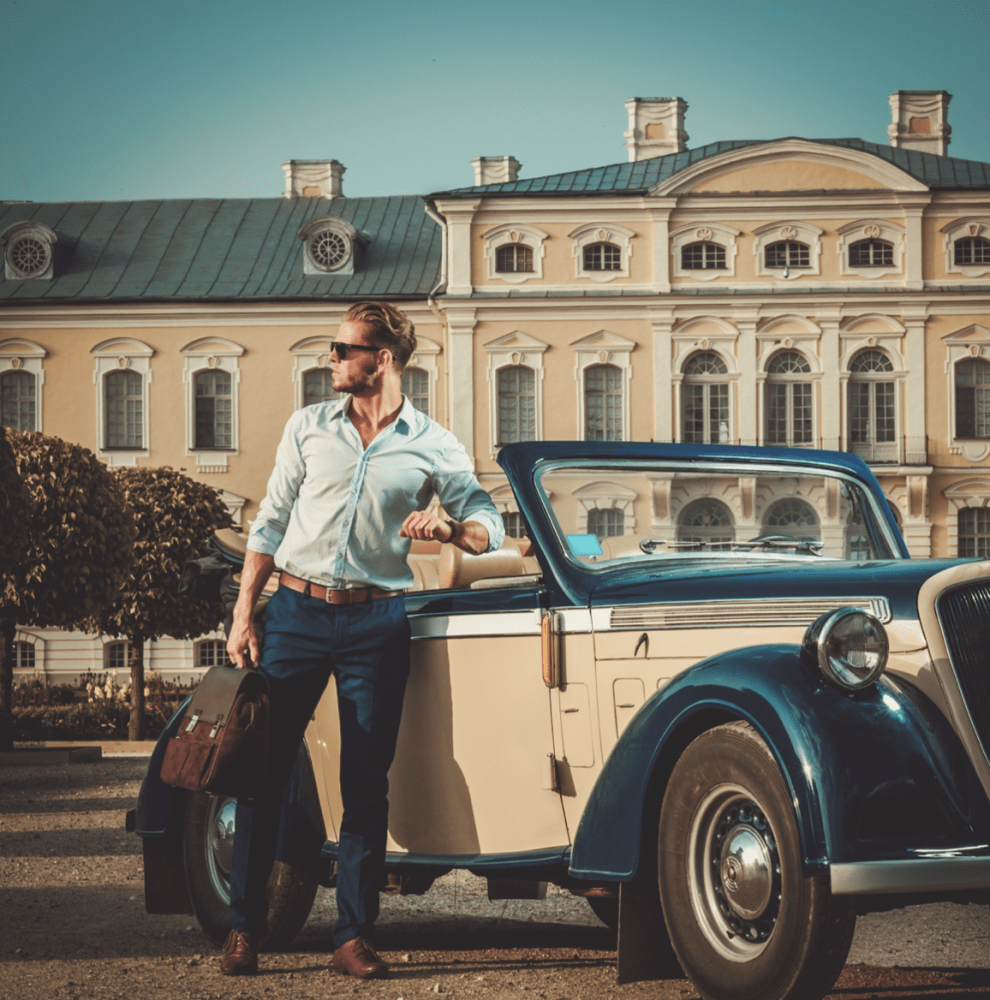 Back to All News
Why Wealthy People Pick Inexpensive Cars

You’ve probably thought about the things you would buy if money was no object. The house you would live in, the clothes you would wear, and–most importantly–the car you would drive.

I mean, wouldn’t you drive the hottest Italian sports car if you had the extra cash to do so?

Well, it may come as a surprise to you that the majority of self-made millionaires aren’t driving around in Lamborghinis and Ferraris. In fact, they are more likely to drive cars that are similar to what we drive.

Here’s how self-made millionaires decide what cars to buy.

While we often equate millionaires with lavish lifestyles, that is not always–and not often–the case. Sarah Stanley Fallaw, the director of research for the Affluent Market Institute, spent years analyzing millionaires to see what commonalities they had. In her book "The Next Millionaire Next Door: Enduring Strategies for Building Wealth," she surveyed more than 600 millionaires in America and determined that frugality was one of their chief characteristics.

Examples of this can be found everywhere. Mark Zuckerburg can be seen frequently shopping at Costco. Warren Buffet has lived in the same house he purchased in the 1950s. We find it ironic that people who never truly have to worry about money, are in fact, concerned with saving money.

Sarah Stanley Fallow wrote in her book, "Spending above your means, spending instead of saving for retirement, spending in anticipation of becoming wealthy, makes you a slave to the paycheck, even with a stellar level of income.” This philosophy is what helped many millionaires earn their wealth in the first place.

Furthermore, only 2 in 10 millionaires are actually retired. The rest are busy working to continue building wealth for themselves and for their families.

What cars do millionaires drive?

Rather than driving high end luxury cars, wealth researcher Thomas Stanley found in his research that millionaires were more likely to drive affordable cars. He ranked the most popular brand choices as follows:

Millionaires were more likely to buy a Ford (#3) than buy a Mercedes (#10). And some popular luxury cars, like Audi, did not even make the list.

It is interesting to see what cars millionaires choose to drive. Here’s a list of some of the most well-known millionaires (and billionaires!) and their chosen rides.

So why exactly do people with so much money choose to drive such sensible cars? Well, it turns out there’s a few reasons for this.

They have a tendency to be frugal

As we mentioned above, Sarah Stanley Fallaw found in her research that millionaires tend to be frugal in their everyday purchases. This is part of the reason they have money–they don’t spend it irresponsibly.

In the incredibly popular Rich Dad, Poor Dad, Robert Kiyosaki writes, “Poor people purchase obligations (debt), while wealthy people purchase assets (intrinsic value and/or income producing).” That holds true with cars in particular. A car is an obligation, and many millionaires view them as such.

Cars are not investments, even though they are technically assets. Millionaires tend to feel that they are an unnecessary cost, an easy line item to skip over. Their tendency to be frugal and live within–even below–their income level means that they will not risk losing the wealth that they worked so hard to amass in the first place.

Depreciation is the reason cars are not really considered valuable assets. Sure, in the short term you can sell your car and get some money back, but cars depreciate incredibly quickly. Cars lose about 10% of their value the moment they leave the lot. In their first year they lose about 20% of their value, and an additional 10-15% every year after that. By the end of five years, your car will lose about 60% of its original value. Cars depreciate for a number of reasons, including:

Millionaires understand how detrimental depreciation can be, so they opt for investments that appreciate in value, like real estate.

They don’t want to draw attention to themselves

Many wealthy people fear that if they draw attention to themselves and their wealth, they may attract some unwanted attention. They fear that they might become the target of fraud, theft, or frivolous lawsuits. By driving an average car, they won’t stick out as someone that has a lot of money.

So what cars do they drive and what can we learn from their choices?

Believe it or not there is a pattern to the type of cars that the wealthy choose to buy–millionaires tend to choose cars that are practical. Maybe they are looking for cars with good gas mileage, maybe they are looking for a truck with good towing capacity. They are going to select something that is practical for their lifestyle, not a car that is merely fast or attractive.

Self made millionaires know that image isn’t everything, and buying a fancy car won’t do much for you in the long run.

Even if you have the money in your bank account, it might not be worthwhile for you to shell out cash for an expensive car. Cars are necessary for a lot of reasons. After all, a significant number of us cannot rely on public transportation to get around. But cars are items that require a lot of upkeep, some of which can be very expensive.

So why should you opt for the economic car over the fun, sporty one?

We can avoid depreciation

Additionally, we can work to lessen the effects of depreciation by taking good car of the cars we do have.

By taking good care of our cars we can reduce the effects of depreciation and increase the resale value.

Being smart with our money doesn’t mean we can never have fun. It just means that we have to budget for it. Although it may seem counter-intuitive, millionaires don’t go around making impulsive purchases. Instead, they keep their budgets in mind and make practical purchases.

If you don’t have a monthly budget, think about starting one. By consistently tracking your income and your expenses, you can be sure that you have money when you need it (remember to set up your emergency fund if you don’t already have one!)

Budgeting for the car that you want is important for your finances. Try to use the 20/4/10 rule when purchasing a car. Put down 20% as a down payment on a four year loan and make sure that you pay no more than 10% of your monthly income on travel expenses.

Saving money is all about cutting costs when you can. And a big area you can probably cut costs is on your car payment. If you are overpaying on your car loan (and you probably are), the extra money that you are paying is going towards interest. And that is going right into the pockets of the big banks. Refinancing can lower your car loan APR and save you a lot of money in the long run.

Refinancing to a shorter repayment payment can also help you save money in the long run. By shortening the amount of time you are paying back the loan, you are decreasing the amount of interest you will have to pay. You will ultimately pay more per month, but over the life of the loan you will save hundreds of dollars.

And that’s how self made millionaires decide what vehicles to buy–and what we can learn from them.

Self made millionaires tend to be measured and thoughtful when deciding what type of new car to buy. An economical and practical car far outweighs a fancy luxury car in their eyes.

No matter what our income is, we can learn from that philosophy. Being smart and living within our means will ensure that we can keep the money we have worked so hard to earn.

While you may have your eyes on the new, shiny, expensive car that just came out, it is probably not responsible to give into your urge. Instead, opt for an economical and reliable car that will put you into debt.

If you are looking for a way to save some extra money every month, consider refinancing your car loan with Auto Approve. A vehicle refinance at a great rate can save you tons of extra money and the process is super simple. So don’t wait, get your free quote today!

Education
12 Ways to Save Money During the School Year

Finance
How Can I Avoid Paying Interest on My Car Loan?